Hesburgh Libraries at the University of Notre Dame provides diverse resources for research in Italian studies.

The Zahm Collection in Dante Studies

The Zahm Dante Collection ranks among the top Dante collections in North America, totaling nearly 3,000 volumes. Rare editions and critical studies ranging from the Renaissance to the present include eight incunabula and almost every edition published in the 16th century.

Notre Dame's Medieval Institute holds microfilms and photographic copies of nearly all of the manuscripts owned by the great Biblioteca Ambrosiana in Milan, as well as photographs and color slides of miniatures, illuminated initials, and Old Master drawings. 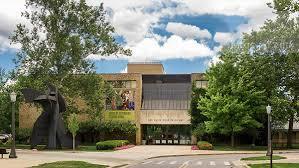 The Snite Museum maintains a growing collection of over 29,000 works. For the scholar of Italian culture, there are a significant collection of Italian Renaissance and baroque art and a notable holding of Piranesi prints, among other artworks.