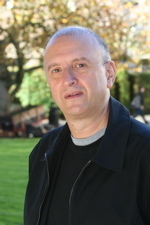 One of the world’s leading Dante scholars, Zygmunt G. Baranski, is slated to join the University of Notre Dame faculty next fall as the University’s first Notre Dame Professor of Dante and Italian Studies. He also serves as a distinguished visiting professor this semester.

Baranski comes to Notre Dame from the University of Cambridge, where, since 2002, he has been the Serena Professor of Italian and, between 2002 and 2006, head of the Department of Italian in the Faculty of Modern and Medieval Languages. From 1987 to 2002, Baranski first held a Personal and then an Established Chair in the Department of Italian Studies at the University of Reading, where, for many years, he was also head of the department.

“I feel that Notre Dame is exactly the right place for me to be going at this point in my career,” Baranski says. “I have a lot of respect for the colleagues I’ve met, and have already collaborated with a lot of them. One of the other things I find extremely attractive is the fact that the University has a strong commitment to modern languages.”

Notre Dame also has a strong commitment to Catholicism and to a classic liberal arts education, which makes Dante an ideal subject to research, teach and study here, says Baranski, who joins other top Dante experts in the College of Arts and Letters, including Albert J. and Helen M. Ravarino Family Director of Dante and Italian Studies Ted Cachey, Associate Professor of Italian Christian Moevs, and Assistant Professor of Religion and Literature Vittorio Montemaggi.

“I will be the fourth Dantist in the department,” Baranski says. “Nowhere else in the world is there such a grouping of Dante scholars.”

Baranski has been a visiting distinguished professor at Notre Dame on several previous occasions and has given numerous guest lectures on campus over the past two decades, says Cachey, who also is chair of the Department of Romance Languages and Literatures, and co-director of Italian Studies at Notre Dame.

“Last spring, he gave an excellent lecture on the Divine Comedy in the Medieval Institute that illustrated well the profoundly Catholic character of his scholarship on the greatest poet of the Middle Ages,” Cachey says. “The visit consolidated the reputation that Zyg Baranski has established here at Notre Dame as a wonderful teacher and an inspiring intellectual presence.”

Baranski’s research and teaching expertise will not only enhance the department’s undergraduate and master’s programs but also the College of Arts and Letters’ Medieval Institute, Ph.D. in Literature program, and William and Katherine Devers Program in Dante Studies. Baranski will play an integral role in launching the University’s Italian Studies at Notre Dame program.

“Bringing Zygmunt Baranski to Notre Dame elevates our already superb programs in Dante and Italian Studies to international leadership” says John McGreevy, I.A. O’Shaughnessy Dean of the College of Arts and Letters. “Baranski’s scholarship and his teaching – from undergraduate lecture courses and seminars to graduate student colloquia – add luster to what has, most appropriately, become a signature strength of Notre Dame.”

In Baranski’s current research, he explores how Dante’s Vita nova is a commentary on literature in contemporary Italy. He also is writing a book on the late 13th- and early 14th-century reception of the Italian poet Guido Cavalcanti, examining how Dante, Petrarch and Boccaccio reacted to Cavalcanti, as well as how the people in Florence viewed Cavalcanti as a philosopher and not just a literary figure.