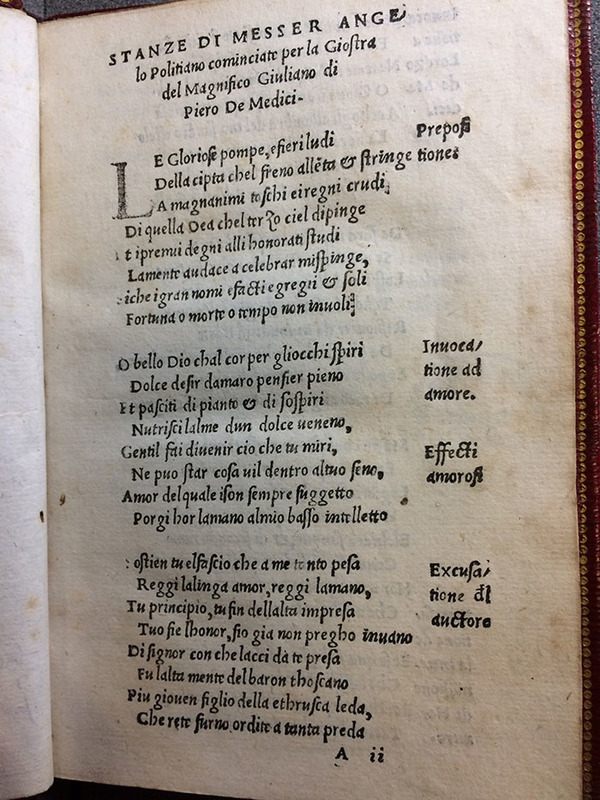 Like all early printings of Poliziano’s works, this edition is quite rare. Composed between 1475-8, the Stanze cominciate per la giostra del Magnifico Giuliano de’ Medici is written in vernacular in ottava rima and consists of 120 ottave across two books. The poem commemorates a victory of Lorenzo de’ Medici’s younger brother, Giuliano, in a military joust held in the piazza of Santa Croce in Florence in 1475. Giuliano’s death in 1478 during the Pazzi conspiracy appears to have halted Poliziano’s work on the poem, which is generally recognized to be incomplete.

Within this volume, the Stanze are followed by Poliziano’s Fabula di Orfeo. Written in Mantua in 1479-80 after his expulsion from the Medici household, Orfeo is the first example of dramatic literature of a profane subject in vernacular and the first pastoral drama. Both were initially published in 1494 in Bologna in a volume devoted to Poliziano’s vernacular works.