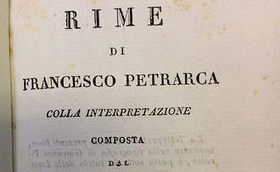 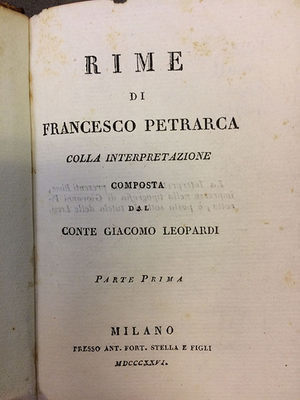 This is the first printing of Leopardi’s extremely influential commentary on Petrarch's Canzoniere. Written by Leopardi in less than a year between September 1825-June 1826, the text would go on to be reprinted in twenty variant editions over the next fifty years.

The two volumes belong within an editorial collection dedicated to the instruction of women, expressed in a publisher’s note preceding the text as a “Biblioteca amena ed istruttiva per le donne gentili.” Leopardi wrote to the editor, Antonio Fortunato Stella, in June of 1826 to request a more general collection title to promote broader readership, but to no avail within the first printed edition. Subsequent editions, however, would be published without mention of a targeted female audience.