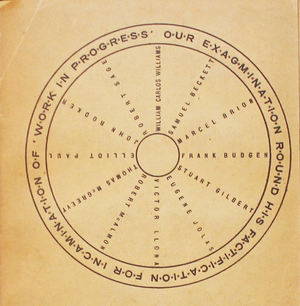 Please join the Center for Italian Studies on Monday, Nov. 4 at 5 pm, for a lecture on Dante, James Joyce, and Samuel Beckett by Enrico Terrinoni, who is currently Visiting Fellow in Irish Studies at the Keough-Naughton Institute for Irish Studies at University of Notre Dame.

Joyce owed everything to Dante. He called him "Padre Dante" and acknowledged his profound debt to him when it came to "inventing a new language.” He first read Dante in his college years, and he later kept referring to his writings throughout his career. Ulysses is in many ways based on the Divine Comedy, as is Finnegans Wake in its attempt to capture the dynamics of the cosmos (which Joyce renamed “chaosmos”) in a book as universal as could be. Then, in his Paris years, Joyce massively influenced Beckett’s approach to Dante too. The talk will be a presentation of Joyce’s use and reworking of Dante in Ulysses and the Wake, and it will also touch upon Beckett’s Dante in the light of the Paris collaboration and friendship between Beckett and Joyce. 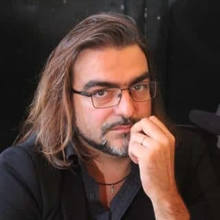 Enrico Terrinoni is Professor of English Literature at the Università Per Stranieri di Perugia. He holds a Ph.D. from University College Dublin. He was Government of Ireland Scholar at UCD (2001-2003), Research Fellow at Indiana University (2008), Marsh’s Library Dublin (2013), and Visiting Research Fellow at the Keogh-Naughton Institute for Irish Studies, University of Notre Dame (2017). He has translated such authors as Francis Bacon, Brendan Behan, Muriel Spark, John Burnside, BS Johnson, Nathaniel Hawthorne, Alasdair Gray, Oscar Wilde, Edgar Lee Masters, and James Joyce. His Italian translation of James Joyce's Ulysses won the “City of Naples Award” for Italian language and Culture in 2012. His Italian translation of Finnegans Wake, completed in collaboration with Fabio Pedone, won the Annibal Caro Prize in 2017, and he was awarded the” City of Florence / Von Rezzori Prize” for translation in 2019. He’s the author of several books and articles on Joyce, Irish literature, and translation theory.