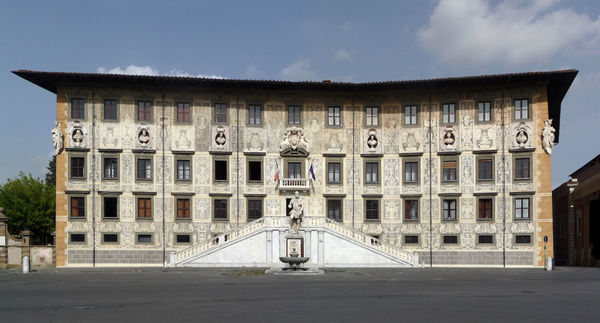 This seminar, sponsored by the Center for Italian Studies, will investigate a constellation of important literary and critical presences in Elena Ferrante's Neapolitan series of novels, including Goethe, Benjamin and Christa Wolf. What are the implications of this potential "German genealogy" of Ferrante's epic narrative? How does our understanding of this genealogy change when considered in light of the debate about Ferrante's surmised identity as the translator and scholar of German literature, Anita Raja?

Alessia Ricciardi is a professor of Italian and Comparative Literature and is director of graduate studies in the Program of Comparative Literary Studies at Northwestern University. She has a BA in philosophy from the University of Pisa, a DEA (master's degree) from Paris VII in psychoanalysis, and a Ph.D. in comparative literature from Yale University. Her main interests are French and Italian contemporary literature, cinema, political philosophy, psychoanalysis, and gender studies. Her first book, The Ends of Mourning, was published by Stanford University Press in 2003 and won the MLA's 2004 Scaglione Prize for Comparative Literature. Her second book, After La Dolce Vita: A Cultural Prehistory of Berlusconi's Italy, was published by Stanford in 2012 and won the MLA’s 2013 Scaglione Prize for Italian Studies. Currently, she is completing her third book, which is titled Woman as a Form of Life: Gender Politics in Antonioni's Films. The book revisits the films made by Antonioni in the early 1960s with Monica Vitti in light of their influence on contemporary artists such as Anne Carson and Cindy Sherman. She also is working on two new projects: a monograph on Elena Ferrante's novels and a book on Agamben and Pasolini.