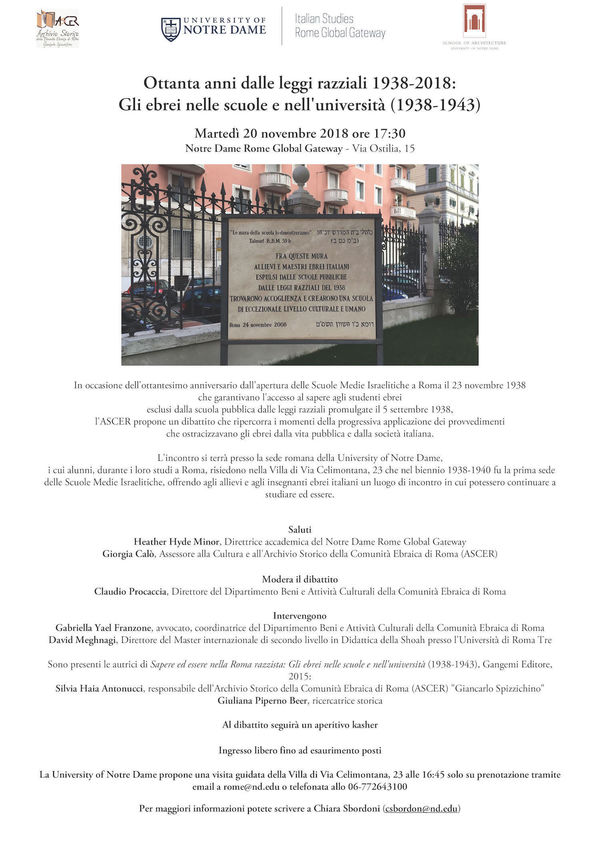 On the eightieth anniversary of the opening of the Israelite Middle School in Rome on November 23, 1938, which guaranteed access to learning to Jewish students excluded from public school by the racial laws put into effect on September 5, 1938, the Historical Archive of the Jewish Community in Rome (ASCER) has organized a debate that touches on the moments of progressive application of the laws that ostracized Jews from public life and from Italian society. The encounter will take place at the University of Notre Dame's Rome Global Gateway, whose students abroad in Rome reside in the Villa, at 23 Via Celimontana, which was the first site of the Israelite Middle School between 1938 and 1940.

The debate will be conducted in Italian and will be transmitted via videoconference from Rome.

The original annoucement in Italian at rome.nd.edu has further details on the program of speakers.