During the new year's eve of 1360-61, in Florence, a group of conspirators organizes an unsuccessful coup. The blame is on a dozen of people: four of them are close friends of Boccaccio. The talk proposes a chronicle of the dynamics of the attempted coup and its consequences, which affects the life of Messer Giovanni. Finally, I deal with some passages of the De mulieribus claris and the Consolatoria a Pino de 'Rossi, which reveal close connections with the historical events.

Elsa Filosa is Assistant Professor of Italian at Vanderbilt University. She obtained her Laurea in Lettere from the Università degli Studi di Milano, Italy and her Ph.D. in Romance Languages from the University of North Carolina at Chapel Hill. She published several articles on American and Italian journals on Boccaccio, Petrarch, and Dante, and her first book Tre Studi sul De mulieribus claris has been published by LED Edizioni Universitary in 2012. Together with Professor Michael Papio, she also co-edited Boccaccio in America (Ravenna: Longo, 2012), the proceeding of the conference “2010 International Boccaccio Conference” held at UMass - Amherst. She is now working on her new book on Boccaccio and the coup in Florence (1360-61), on the relationship between Boccaccio’s life and the failing Florentine conspiracy, organized by some of his friends. Elsa Filosa has been for two mandates the Secretary of the American Boccaccio Association, editing the biannual ABA Newsletter, and she is still compiling together with Professor Christopher Kleinhenz the annual North American Boccaccio's Bibliography. 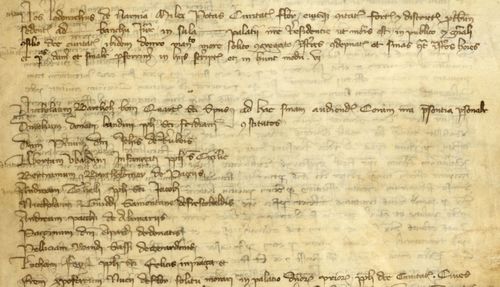