Giorgio Bertellini (Michigan) - " 'There’s Nothing Like Going to an Authority!' : Valentino, Mussolini and Celebrity Culture in 1920s America"

In the early 1920s, Hollywood’s superstar Rudolph Valentino and Italian dictator Benito Mussolini gained outstanding popularity in the U.S. Their fame resonated with a widespread fascination for narratives casting a white, charismatic leading man capable of presiding over a new phenomena often gendered as female: crowds of film fans, political unrest, and an expanded social and political suffrage. Through a close reading of press and archival evidence and in dialogue with both star studies and American political history, my talk seeks to discuss the emergence of an expansive cultural and political discourse that, by relying on the racial and national alterity of these two Italian icons, pragmatically questioned the foundations of democracy against its seemingly mainstream approval. 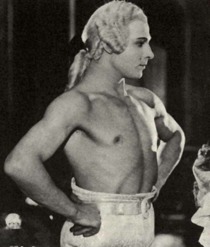 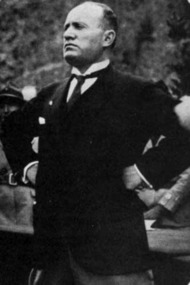 Giorgio Bertellini is Associate Professor in Screen Studies and Romance Languages at the University of Michigan. He is the author of the award-winning Italy in Early American Cinema: Race, Landscape, and the Picturesque (2010) and Emir Kusturica (2011; Engl. ed. 2014; forthcoming), editor of Italian Silent Cinema: A Reader (2013), and co-editor (with Richard Abel and Rob King) of Early Cinema and the ‘National’ (2008). He is currently working on a project entitled The Divo and the Duce: Film Stardom and Political Leadership in 1920s America.