"The Futurist Avant-Garde and Gender Roles during World War One: Femininity Unbound" by Lucia Re (UCLA) 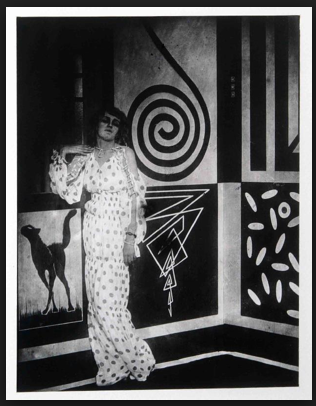 This lecture introduces some of the most important futurist women writers and artists who emerged during the First World War and contributed to the journal L’Italia futurista. The lecture will discuss in particular the debate on women’s roles, sexuality and gender equality that arose in conjunction with the publication of F.T. Marinetti's wartime seduction “manual” Come si seducono le donne [How to Seduce Women].

A native of Rome, Lucia Re is professor of Italian and gender studies at UCLA.  She received her Ph.D. in comparative literature from Yale University. Her fields of interest are modernism, futurism and neorealism, feminist and race studies, and comparative Mediterranean studies. Her publications include Calvino and the Age of Neorealism (Stanford Univerity Press, 1990), Il cibo e le donne nella cultura e nella storia. Prospettive interdisciplinari (with G.M. Muzzarelli) (CLUEB, 2005) and Italy in the Mediterranean (2010, with Claudio Fogu), published through the interdisciplinary electronic journal California Italian Studies, of which she is a founding editor. Her translation (with Paul Vangelisti) of Amelia Rosselli's 1964 book of avant-garde poems, War Variations (2005) won the Flaiano Prize and the PEN USA prize for literary translation. Her most recent article is “Pasolini vs. Calvino, One more Time: The Debate on the Role of Intellectuals and Postmodernism in Italy Today” (MLN 2014: 99-217).

The talk is co-sponsored by the Office of Research and Italian Studies at Notre Dame.