Thursday, August 30 at 4:30pm in Special Collections in the Hesburgh Library 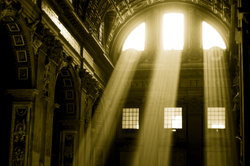 At the center of the Comedy, Virgil explains that all merit and blame is founded on how we love, and he lays out a tri-partite ordering principle, based on love, for all human action. In particular, this principle classifies love’s failure -- the failure of human love to reach its intrinsic ultimate end -- into the seven cardinal vices, arranged in a symmetrical grouping of 3 + 1 + 3. Virgil lays out this classification in order to explain the structure of Purgatory, the place where human love is re-directed toward its ultimate supernatural end (Love itself), and towards finite things in due measure. The question then is: might this simple but profound 3 + 1 + 3 analysis of human love in relation to its intrinsic object -- laid out at the very center of the Comedy -- underlie the other two realms as well? Might it govern the structure not only of Purgatory, but of Hell and Paradise as well? 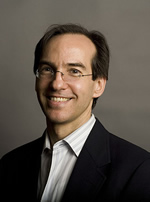 Christian Moevs is Associate Professor of Italian at Notre Dame. His interests include Dante, medieval Italian literature, lyric poetry and poetics, and the intersection between literature and philosophy (especially metaphysics and medieval philosophy). He is co-editor of the Devers Series in Dante Studies, and a fellow of the Medieval Institute. He is on the editorial board of Dante Studies and The Electronic Bulletin of the Dante Society of America, and chair of the Executive Committee on Medieval and Renaissance Italian Literature of the MLA. His The Metaphysics of Dante's Comedy (Oxford UP and American Academy of Religion, 2005) won the Modern Language Association's Marraro Prize for Italian Studies, and the American Association for Italian Studies Prize for the best book of 2005. He is currently working on a book on Dante and the medieval contemplative (mystical) tradition, for which he has won a second NEH Fellowship.