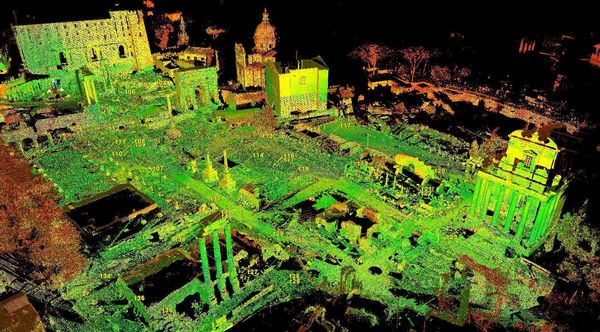 In July, a team of School of Architecture faculty and students traveled to the Roman Forum---the center of political, religious, commercial, and judicial life in Rome---to measure, document, and draw large areas of the historic site. The team used conventional and innovative methods, including a Leica 3-D laser scanner, for measuring and understanding this World Heritage Site.

With permissions and interest generated by the Soprintendenza Speciale per i Beni Archeologici  di Roma, Ministry of Heritage and Culture and the Archaeological Service, the objective of this project was to accurately measure and drawdraw the monuments and ruins at the Roman Forum. The students produced 27 scans, 30 panoramic views, scaled detailed images, in addition to hand-measured data. The information collected will be utilized by the Digital Historical Architectural Research and Material Analysis or D.H.A.R.M.A, a research team founded in 2007 at the School, in the course taught by Professor Krupali Uplekar Krusche titled “Documentation of World Heritage.” 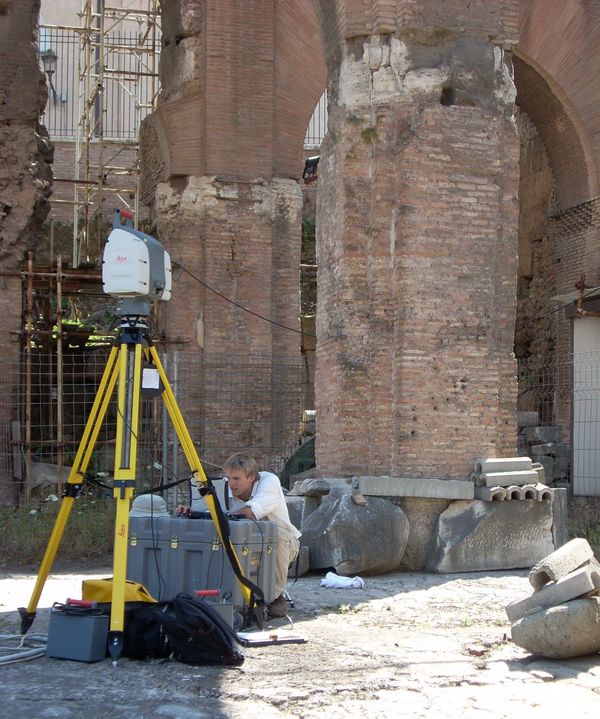 The goal of the project is to merge all the data collected from the site to create watercolor renderings of the exact position and measurements of the ruins at the Forum---the centralized area around which ancient Roman civilization developed.  In fall 2010, the World Heritage course will produce a large-scaled colored map of the site with sectional renderings that will elaborate the change in levels and placement of buildings of different time periods. The class will also pay attention to detail with hand- drawn frieze designs as part of the finish work.

The student researchers, under the direction of Prof. Krusche, also collaborated with James E. Packer, Professor of Classics at Northwestern University and author of The Forum of Trajan in Rome: A Study of the Monuments in Brief, and visiting assistant Professor Gil Gorski, an expert using FormZ software, which combines 3-D modeling and Photoshop, to beautifully and extensively illustrate the site. By determining the precise ancient appearance of the excavated buildings, these reconstructions will establish, as much as possible, the essential architectural blueprints for further study of the site. 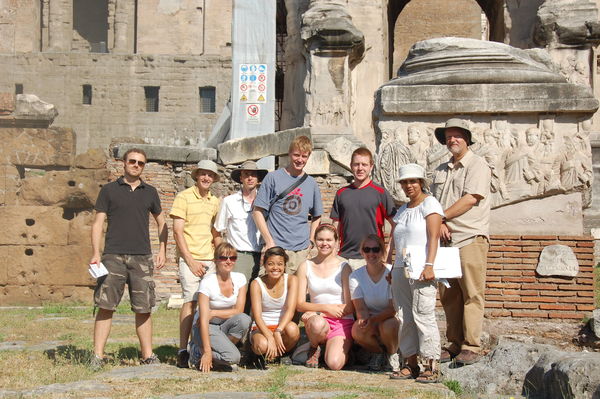