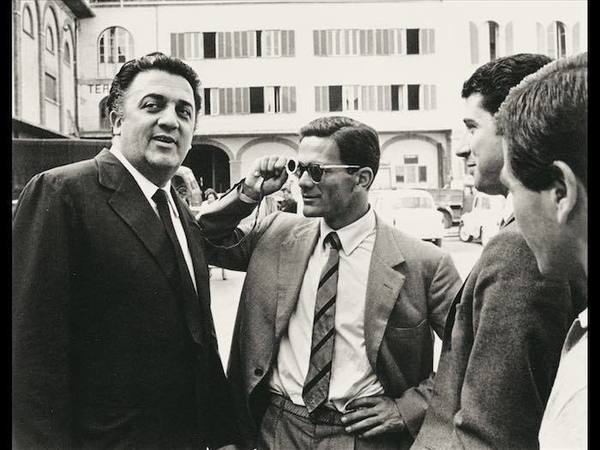 Sponsored by the Center for Italian Studies, this talk focuses on Pier Paolo Pasolini's contribution to Federico Fellini's screenplay for Le notti di Cabiria (1957) while also considering the role that he played in writing the scripts for Viaggio con Anita and La dolce vita (1960). Fellini first approached Pasolini because he wished to revise the dialogue in Le notti di Cabiria, which he thought lacked the authentic feel of the language spoken in the Roman slums where the story took place. Pasolini was known for being a connoisseur of this milieu. Fellini had read Ragazzi di vita and was impressed by Pasolini's rendition of the suburban street slang. He wanted the pimps, prostitutes, and petty thieves in his film to speak that vibrant dialect. Pasolini agreed to work on the script, however his contribution ended up being much more extensive than originally planned. He rewrote entire scenes, developed new characters, and completed several film episodes. Not only did Pasolini collaborate on Le notti di Cabiria, he also wrote most of Viaggio con Anita, a film that Fellini did not complete, and he altered key scenes in La dolce vita. Pasolini and Fellini's collaboration is largely overlooked by critics who have always assumed that Fellini promptly discarded Pasolini's linguistic revisions to his scripts, but archival sources and close film analyses tell a different story. In light of the creative and intellectual understanding that Pasolini and Fellini shared at the end of the 1950s, it is necessary to redefine the collaborative nature of Italian screenwriting practices at the time, beginning with the scholarly work on two of the most influential, world-renowned Italian film directors.

Claudia Romanelli is an assistant professor of Italian at the University of Alabama. Her research interests include Italian cinema in a transnational context, the Italian screenplay, contemporary Italian literature, and mixed and inter-media.  Her work has appeared in edited volumes on European cinema and in academic journals such as Carte Italiane, The Italianist Film Issue, the Journal of Italian Cinema and Media Studies, Italian Studies, and Forum Italicum. She is currently completing a book manuscript that explores Pier Paolo Pasolini's contribution to the films of Federico Fellini while also pursuing research on early film distribution, which will be the topic of her second book.