A live concert of Italian music -- jazz, rock, pop, opera and romantic -- from the 1950s to today. Come and sing along!

The concert is free but ticketed. Contact the box office at the DeBartolo Performing Arts Center (574) 631- 2800 to reserve yours.

This event is part of Romance Languages International Week.

Co-sponsored by Italian Studies at Notre Dame, the College of Arts and Letters and the Nanovic Institute of European Studies.

Ribelli e rivoluzionari: The Role of the Artist in Italy

This year the fourth-semester language study at Notre Dame, ROIT 20202 – Language through Lyrics: Rhyme, Rock and Romance, will continue with its exciting new format using the context of Italian song. This course, taught by Professor Lesley Marcantonio, traces the history of poetry, song, and music in Italy from the end of World War II to the present. The highlight of the course will once again be an evening of Italian music, the third of its kind at Notre Dame. 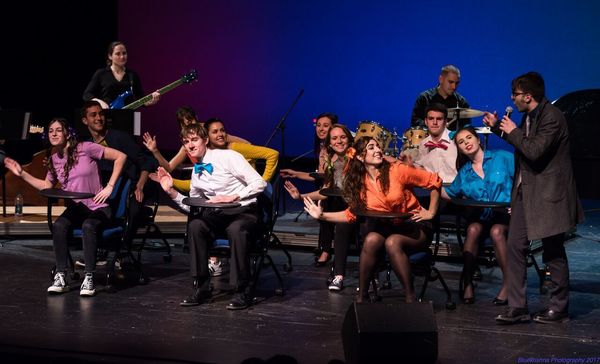 In the spring of 2016, faculty members of the Italian program at Notre Dame organized a concert, Intensitalia: An Evening with Mina, a truly unforgettable concert that saw decades of Italian popular music, history and culture come alive on stage. The overwhelming success of this event brought about the development of this new course for fourth-semester language students. In addition to the coursework inside the classroom, the 202 students were involved in every aspect of organizing last year’s concert, Voci italiane – Singing the History of Italy, which expanded the repertoire to include other Italian singer-songwriters, such as Rita Pavone, Luigi Tenco, Lucio Battisti, Adriano Celantano, and Lucio Dalla, who remain icons in Italy still today. “The goal of the concert is two-fold,” explained Professor Marcantonio, “First, to share with Italian language students the music that has moved generations of Italians, and to place it within its historical context to show how it reflects – and in many cases, caused – major shifts in the history of Italy. And second, to use song as a tool for language learning. The concert isn’t intended solely as a performance, but also as an opportunity for our students to sing along to songs that young Italians today are just as passionately moved by as the generations before them.” 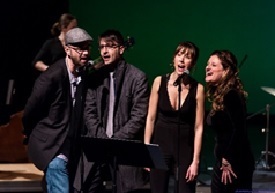 Because of popular demand and last year’s sold-out concert, this year’s concert was moved to one of Notre Dame’s beautiful facilities, the Leighton Concert Hall in the DeBartolo Performing Arts Center. This year’s concert, Ribelli e rivoluzionari: The Role of the Artist in Italy, will see the return of many of the same core band of musicians – Anne Leone, Lesley Marcantonio, Patrick Vivirito and accompanied by Joseph Rosenberg, Anthony Monta, Patrick Falvey and JJ. Wright. An exciting new feature of this year’s concert is the participation of the 2nd-graders of Darden Primary Center, a local South Bend elementary school, whose students have been working with Notre Dame Italian students throughout the year and learning an Italian children’s song. The Darden students and their families will be our special guests both on stage and in the audience of this year’s concert. It will truly be a special evening of song enjoyed by 300+ Italian language students at Notre Dame and Italophiles of the South Bend community!

Please enjoy a song or two from the 2017 concert at the following link. Buon ascolto e buona visione!