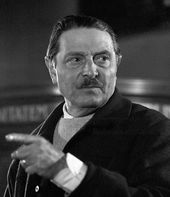 Genevieve Lyons is a second year Master’s candidate in Italian Studies. She holds a Bachelor of Arts degree in History and Italian from the University of Notre Dame. Her research interests include Italian cinema under Fascism, post-war film and the female figure on the Italian screen.Benito Mussolini -- Il Duce -- once exalted cinema as “l’arma più forte”, or the fascist regime’s strongest weapon for promoting its ideologies and carrying out political agendas. One such agenda included Mussolini’s desire to restore the patriarchy in the face of modernity. The campaign sought to nationalize women through their procreative abilities. A number of early 1930s films directed by Alessandro Blasetti, a prominent fascist cineaste, reinforced the traditional gender roles. However, this campaign -- both in Blasetti’s later cinema and in general fascist policy—was far from straightforward. In fact, there is a tangible shift in Blasetti’s treatment of women in the later half of the 1930s, especially in his fantasy films.  This paper explores how Blasetti utilized the fantastic genre to maneuver around the established policy towards women, blurring gender lines and subtly challenging fascist authority.

Katie Sparrow (Notre Dame) - “Representations of Self: Dante’s Use of First Person in the Vita Nova” 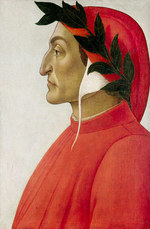 Katie Sparrow is a second year MA student in Italian Studies at the University of Notre Dame. She graduated from the University of Reading, UK with a Bachelors’ degree in French and Italian.Though Dante Alighieri deems writing of oneself inappropriate in his Convivio, he appears as a protagonist or source of exemplary poetry in almost every one of his works. His Vita Nova can be considered the most self-reflective of these works, since it recounts the personal emotions, thoughts, and events of Alighieri’s youth, as part of and in addition to a commentary on his own poetry. Written as an autobiographical first person narrative, Dante clearly wants his Vita Nova to say something about him as a person, to portray a certain image to his readers, whether accurate or artificial. My paper aims to analyze the images Dante constructs of himself through his use of the first person in the Vita Nova and the techniques the poet employs to create these images and self-representations.

The talks will be followed by a discussion and a reception. Co-sponsored by Italian Studies at Notre Dame and the William and Katherine Devers Program in Dante Studies.