“Metatheater and Subversion in Greek and Roman Comedy: the Personal and the Political” by Dr. Erin Moodie, Assistant Professor, Purdue University

Metatheater is a moment of self-awareness or self-referentiality that draws attention to the play as a performance enacted for an audience, and metatheatrical remarks in Greek and Roman comedy tend to emerge from the mouths of lower-status characters. This talk draws on modern research in the behavioral and social sciences to argue that ancient comic metatheater is subversive, since it indirectly challenges the authority of the elite characters and calls into question Athenian or Roman social hierarchies. A discussion of Aristophanes’ Assemblywomen, Plautus’ Amphitryon and Stichus, and Terence’s Woman of Andros and Self-Punisher will illustrate how poets can exploit comedy’s subversive tendencies to further their own artistic and political beliefs.

Dr. Moodie will also be conducting a workshop Thursday morning, February 15, for graduate students in 303 O’Shag.  It will be by invite and include breakfast starting at 9:00 a.m. 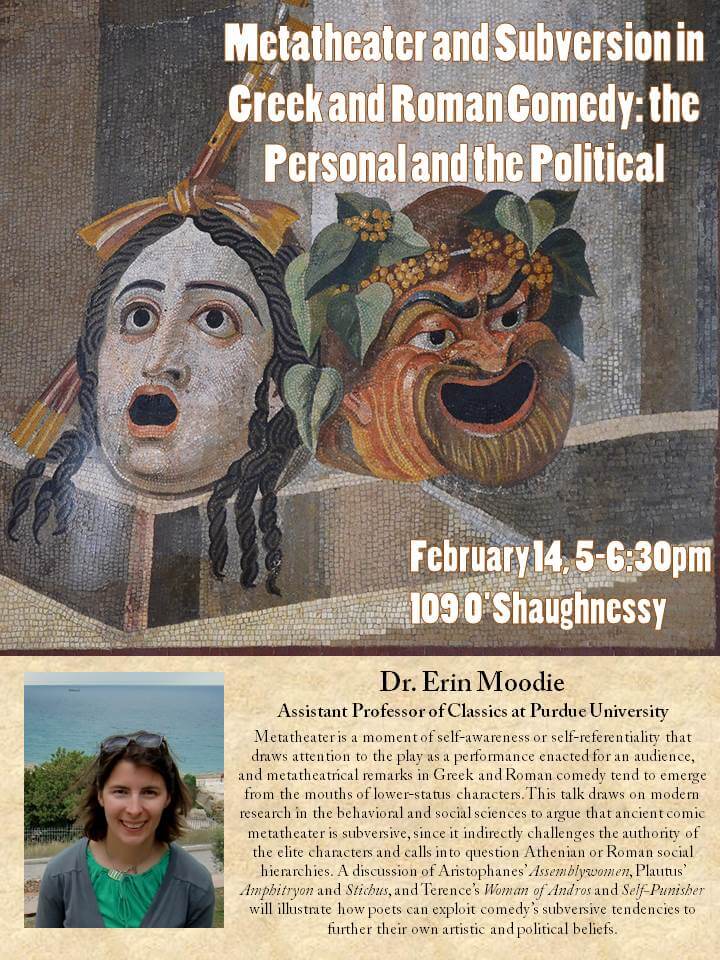