Co-sponsored by Italian Studies at Notre Dame and the William and Katherine Devers Program in Dante Studies. 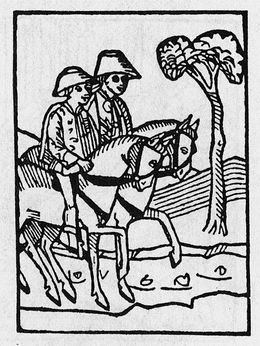 The lecture presents a chapter from a larger-scale research project on Dante's interest in painting and on his impact on Florence-based artists from the late quattrocento onwards - that is, a Dante legacy in the service of a new artistic self-fashioning and ultimately a new self-understanding. Contrary to mainstream criticism the lecture questions the idea of the “Artist” being born in the trecento through the endeavors and geniality of Dante and Giotto. Rather, it takes Cino da Pistoia's wording “io non sono un’artista” as a lead to re-explore the figure of the artist and its various representations in the fourteenth century so as to understand the reasons why, as well as the manner and contexts in which the figure came about and the length of time it took to evolve into the artist we are used to think of. In the course of this exploration the lecture intends to put Boccaccio’s Decameron into a new perspective. Whereas usually it is considered as a significant document of the artist’s rise, in this reading the Decameron ends up offering an insight into the long and complex process of what might be called shaping the artist. Beyond that, the lecture wants to uncover the reasons why Boccaccio - in the footsteps of Dante - was so interested in promoting his own art of storytelling by reflecting on the art of painters.

Franziska Meier, Professor of Romance Philology (French and Italian Literature) at the Georg-August University of Göttingen, completed her Ph.D. at the University of Munich. Her dissertation focuses on “Intertextuality in Stendhal's novel.” She subsequently published two books on works by French and Italian authors in the Fascist period. Five years ago, she decided to shift her main field of research, as far as Italian literature is concerned, to the Renaissance Period, and she became fascinated by Dante. In 2007 she started a broad project on the commentary-treatise Convivio with the aim of reading Dante’s first venture in exile as a book in its own right. Supporting this purpose, she organized a series of workshops, and has recently hosted an international, interdisciplinary conference on the Convivio and its historical context. Currently she is working on a study about Dante's reaction to the changes which were emerging in contemporaneous painting and in turn the impact his work had on later Florence-based artists, including Sandro Botticelli and Michelangelo.