Thursday, September 27 at 4:30pm in Special Collections in the Hesburgh Library 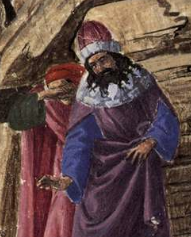 Among the many allusions that Dante makes to Virgilian poetic material in the Commedia, there are three potential moments of tangency which have remained understudied. These crucial Virgilian junctures in the poem are the topographical prologue to Malebolge, the self-definition as love-inspired poet that the Pilgrim formulates as an answer to Bonagiunta's inquiry about his poetic identity, the invocation to the “good Apollo” at the beginning of the third cantica. In each case, three phenomena are involved: a definition of the truth-status of the poem (in its ‘content,’ ‘author,’ and ‘source,’ respectively), a pointed allusion to Virgilian material (the formulaic locus est tag; the incipit of the spurious prae-proemium to the Aeneid: Ille ego qui quondam; the opening line of Eclogue X to Gallus: extremum hunc ... laborem), an ironic (as in self-deconstructing) approach to each of these texts, chosen and handled so as to suggest the non-absolute value that readers should attach to each of the poem’s statements about itself.

The seminar will approach each of these intertextual moments in turn, in order to explore in a cohesive light Dante’s multifaceted classicism. In Inferno XVIII, the play between locus as geographical location and locus as textual place co-opts readers in the negotiation of Dante’s rhetorically constructed otherworldly realism. In Purgatorio XXIV, the play between the Pilgrim’s self-definition and the pseudo-Virgilian quality of the text evoked (suggested in Servius and Donatus) hints at the provisionality of, and perhaps the irony involved in, every attempt to convey the new foundations of the poem’s theological meta-poetics in traditional, metapoetic terms. Finally, in Paradiso I, the allusion to Virgil’s deeply reflexive concluding Eclogue –designed, most likely, to balance the charged Pauline language deployed in the invocation tercet– is just as paraded in the text as it is erased in the Latin translation that Epistle XIII provides to its privileged reader and addressee.

In all cases, Dante’s thoughts and pronouncements about what it means to be a poet –and the poet of the Commedia– entrust the reader with an active role in negotiating the status of the poem’s action as fictional or authentic, the position of the poet as origin or channel of the poem’s meaning, and the strategic compromise between the classical and Christian poetic identity of the Commedia itself. 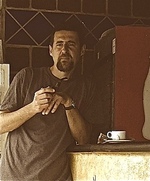 Simone Marchesi (Laurea, University of Pisa; M.A. University of Notre Dame, Italian Studies; Ph.D. Princeton University, Comparative Literature) is Associate Professor of French and Italian at Princeton University. His main research area is the dialogue with classical and late-antique texts engaged by Italian medieval writers, especially Dante, Petrarch, and Boccaccio. Published work on medieval authors includes two monographs: Stratigrafie decameroniane (Olschki, 2004), Dante and Augustine: Linguistics, Poetics, Hermeneutics (UToronto Press, 2011), and several articles and chapters in collections. Other interests include Italian cantautori (in 2005, he has published an annotated edition of the lyrics of a rock band from Livorno: Traccia fantasma. Testi e contesti per le canzoni dei Virginiana Miller) as well as translation studies (in 2009, Le Lettere has published Un’America, an edition and translation into Italian of Robert Pinsky’s 1979 long poem An Explanation of America). Most recently, he has edited and translated into Italian Robert Hollander's full commentary to Dante's Commedia (Olschki, 2011).